Being 30: Queen of Dirty Dancing but no money for the ball 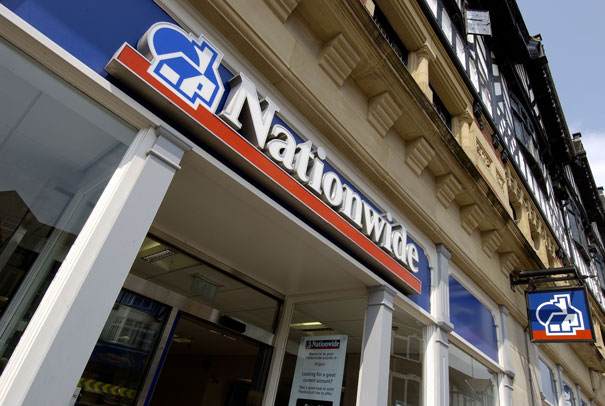 The average 30-something prefers Oasis to Blur, drives a hatchback vehicle and has squirrelled away £4,300 in savings, a survey by Nationwide Savings has revealed.

A study of 2,000 Brits1 aged 30-35 found they’d watch Game of Thrones over Strictly Come Dancing, go out to dinner twice a month and spend more of their earnings on pubbing than clubbing.

Although two thirds of those polled lived with their other half, four in ten aren’t currently on the property ladder.

“While age is just a number, reaching thirty can be a crossroads in life, the point at which the average Brit starts thinking about getting married, having a family and buying their first home.

“While it’s a perfect time for people to reflect on where they are in life, it’s also important to look forward and consider what changes may be needed to ensure that the 30s are a memorable, yet financially secure life stage.

“Delving into the past, our survey suggests many wished they’d been more frugal.

“However, it is never too late to start saving and build up a nest egg that can help achieve your key milestones.”

The study found that each month the typical 30-something Brit has £343 disposable income out of their £24,000 salary.

Though almost half claimed to be satisfied with their chosen career, 55 per cent said they are underpaid for the work they do.

Come payday, most 30-something Brits ideally want to spend on clothing (37 per cent), eating out for dinner (35 per cent) and going to the pub (32 per cent), said the poll.

Technology and gadgets suck up funds for one in five, while 28 per cent use it to travel and go on holiday abroad – which they fit in around once a year.

But the party days are over for most it seems – as only 8 per cent spend their money on nights out clubbing, choosing instead to go for a pint in the local.

In reality, 70 per cent said their hard-earned cash ends up going towards rent and bills, followed by groceries and if they’re a parent; kids’ expenses.

When it comes to music it’s a mix of old and new in the 30-something playlist, with Foo Fighters, Lady Gaga, Sam Smith and Nirvana coming in among the favourites.

Favourite TV shows include classics such as Friends, The X Factor and Big Bang Theory, with other preferences shown towards Eastenders, Come Dine with Me and Game of Thrones.

And though they’ll end up sitting in front of the box for over 11 hours a week, they’ll also get their bookworm on and finish around seven books a year.

Over three in ten are dog-owners, the poll showed – and will typically be driving them around in a hatchback such as a Vauxhall Corsa or Ford Fiesta.

Four in ten said they aren’t yet on the property ladder, while 8 per cent confessed they are still living with their parents.

And with an average £4,300 accumulated in savings, most 30-somethings said they are saving up for big travel plans (30 per cent), while over a quarter are working towards a house deposit (27 per cent).

Getting the balance between working and playing seemed an ongoing theme – 21 per cent worried they ‘hadn’t made good financial decisions’ before hitting their thirties, with one in four who said they felt they ‘hadn’t lived enough’.

Married or in a relationship
Lives with their partner/spouse
Have been coupled up for around 7 years
47 per cent are parents
Live in a home worth £240,000
Satisfied overall with career
Salary: £24,000
£343 per month disposable income
Spends most money on rent and bills
Wants to spend on clothing and technology
Goes to pubs over clubs
Devotes more money to dinner out than groceries
Takes one long holiday a year
Has £4,300 in savings
Favourite Music: Queen, The Beatles, Take That
Favourite TV shows: Friends, Big Bang Theory, Britain’s Got Talent
Favourite Films: Dirty Dancing, Home Alone, The Shawshank Redemption
Favourite Film Genre: Action, Rom-Com
Pet: Dog
Drives a Hatchback
Reads 7 books a year
Watches TV for 11.5 hours a week
Two nights out and two meals out a month
One trip to the cinema per month
Has two disagreements with their partner per month
Spent over 3 years saving for a house deposit
Owes £5000 in student loans
Worries that they aren’t ‘putting enough away’
Top regrets – wishes they’d saved more, wishes they’d travelled more
Overall, optimistic about their future